Can Creole food get more crummy than Bayou? It’s doubtful. It was with great discomfort last night that I paid over £50 (for two) of hard earned cash for what was probably the worst food I’ve eaten in quite some time.

For reference, Creole cuisine is a style of cooking originating in Louisiana (USA) which blends French, Spanish, West African, Amerindian, Caribbean, German, Italian and Irish influences, as well as more general influences from the southern states.

Why did we choose to try Bayou you may ask, because it comes up third when you search ‘restaurants Camden’ on Google and quite astonishingly it has a pretty good rating of 4.0.

To start we had natchitos meat pies and a spinach madeleine; the meat pies were like beef empinadas and were actually quite tasty, but the madeleine was a baked dish of mushy spinach and cheese with little flavour and some burnt oversized croutons on the side, and was served so hot that the roof of my mouth is still suffering as I write this.

For main course I had a chicken and vegetable gumbo (slow cooked Louisiana style casserole served with dirty rice, which is rice cooked with green peppers, onion, celery and cayenne spices). Or should I say that’s what I expected to get. What I really got was a gloopy, bitter casserole that tasted half Chinese, half non-descript, and a side of this:

It won’t come as a surprise that we didn’t stay for dessert. 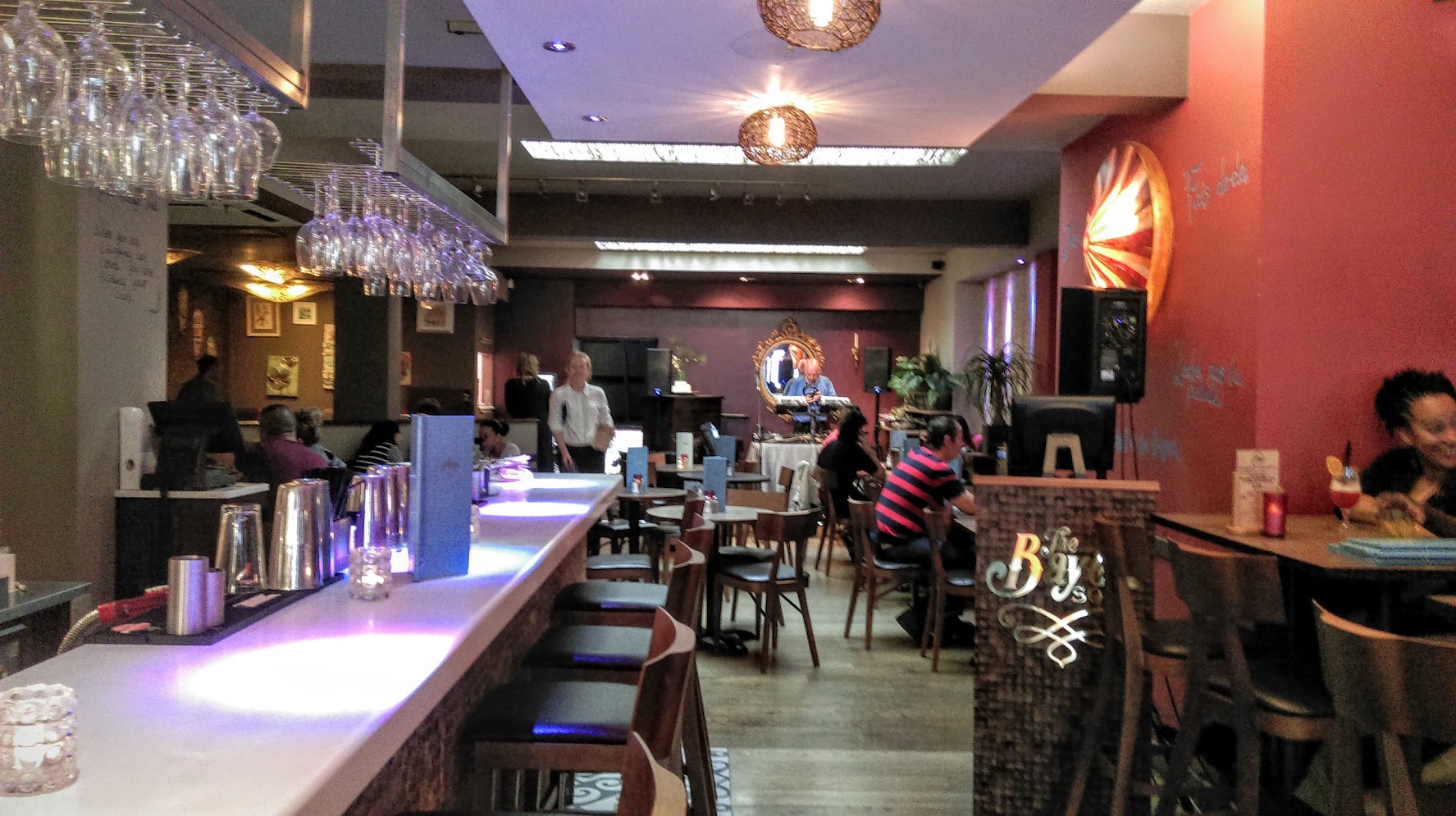