I’ve never actually eaten at the Ivy (the real one), but given how popular (and expensive) it is I assumed its latest offspring, Ivy Market Grill would be pretty good. How wrong I was!

The surroundings are pleasant; it’s buzzy, the decor is full of oppulent velvets and dark rich colours, you feel very in the action and the crowd is glamorous. The food, however, was disappointing and I had a bad feeling as soon as I looked at the menu. Absolutely nothing excited me, and you should be able to pick up a menu and feel torn between at least two options, leaving the restaurant worrying that you may have missed out and planing ahead to your next visit to try more dishes.

I started with tuna carpaccio with a sesame dressing and white radish. It tasted a bit miserable and fishy, and the dressing didn’t go with the fish. Others in my group had the crispy duck salad (they complained it was far too gingery) and seared scallops, which were apparently OK.

I then had the shepherd’s pie, which was passable for the first couple of mouthfuls but had no variation in texture whatsoever so was far too mushy; is an al dente carrot or two really too much to ask? The grilled loin of tuna didn’t get a rave review either.

With no wine it came to £27 per person so it’s not extortionate, but I don’t recommend it. I’d head to Five Guys down the road instead. 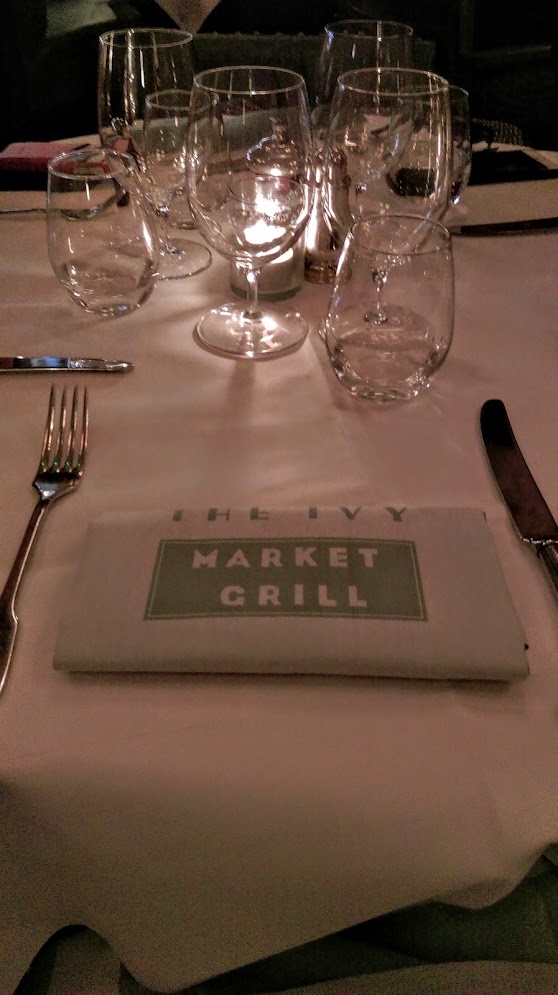