The chef behind the first meal I ever ate, my mother, was with me on this occasion. She is someone who will not eat in a restaurant if the occupied to empty table ratio is below 50%, nor if the lighting isn’t good, if it’s too expensive, or if she just doesn’t like the look of it. She heartily approved, so that’s already saying something.

This wasn’t my first Korean BBQ experience but it was certainly my most hands on, so if you’re a fan of manual driving and audience participation then this is the place for you. At Myung Ga (not far away), your waiter brings you the raw meat and tongs but you only get to watch as they have all the fun putting the meat on the BBQ, turning it, and deciding when it’s done. At SuperStar BBQ, you have full control (if you want, you can also sit back, relax and let someone else do your barbecuing for you).

They opened three weeks ago. It’s large and airy, and has the decor and feeling of a City restaurant rather than Soho. That’s probably because it isn’t strictly Soho, it’s in the newish St Giles Piaza development where the Google offices are.

Prior to the raw meat we were brought appetizers of kimchi in a spicy tomato sauce, spicy cabbage salad, bean sprouts and sesame spinach,  followed by kimchi pancake, crispy fried chicken in chilli sauce and glass noodles with vegetables, all of which were excellent. 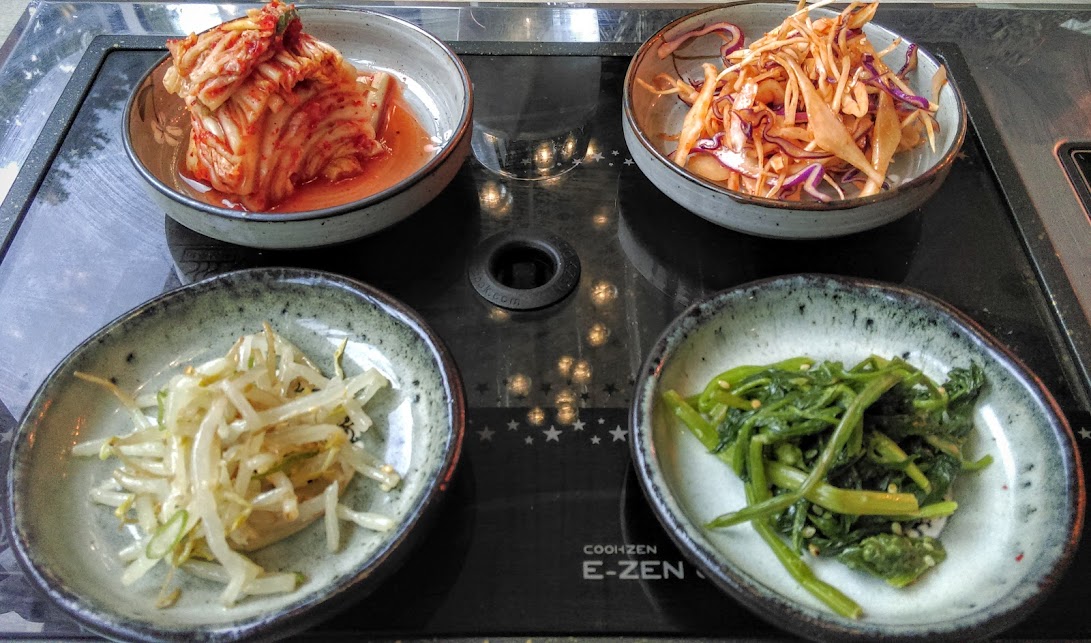 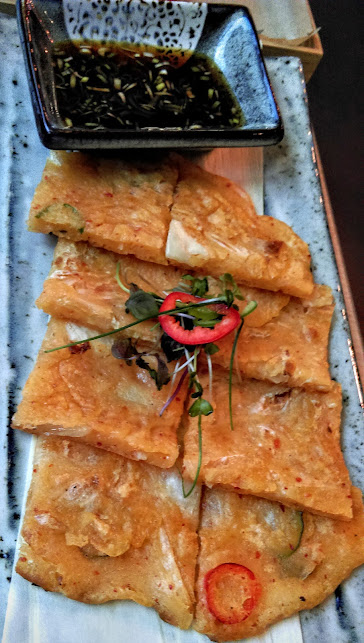 We were just getting to grips with all of the above when four wooden trays of meat arrived and our BBQ was turned on. It’s admirable that they were so attentive but at this point I would have preferred to have a brief pause. On a big table, we had trouble making room for everything, a key sign to hold back on bringing out more food.

The chilli marinated chicken went on first which had an interesting (but still positive) chicken liver taste. Then the various beef cuts and finally the ox tail. All were fresh, well marinated, lean and tender.

A small bibimbap (rice and vegetables in hot bowl) and miso soup came next which unfortunately I didn’t have space for, because I was saving what room remained for red bean ice cream which was absolutely delicious. 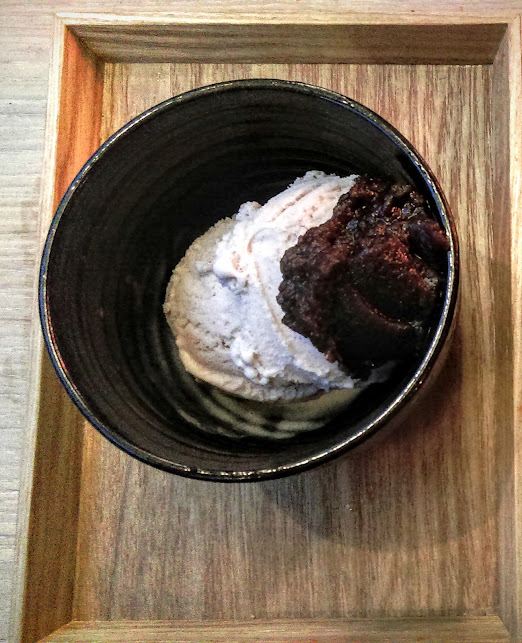 In conclusion, Superstar BBQ is a great addition to the growing Korean BBQ club.