As I write this post I’m listening to a country band in Tootsies, in Nashville airport, Tennessee. Aka Music City, Nashville has the friendliest people I’ve ever come across. I’ve received complements and lifts from total strangers, countless recommendations, and a “howdy, how y’all doing” every ten minutes or so.

The abundance of space is also pretty astonishing. The airbnb we stayed in was a bungalow with at least three metres on either side before the next house, and most bars and restaurants stand alone amidst a sea of highway and big cars. END_OF_DOCUMENT_TOKEN_TO_BE_REPLACED

I have spent the past week with my fiancée in America, the Land of Opportunity, and large portions. Specifically, we have been in Nashville and New Orleans. For our final night in New Orleans we decided to live as the Southern elite do, by dining at Commander’s Palace, a fine dining institution in New Orleans’ finest neighbourhood.

If we’d known earlier about the $18 lunch special with $0.25 Martinis beforehand we may have been a little less elite and gone for that instead but alas we did not.

We popped our heads in to have a mosy around and see about booking the day before, but due to our attire of jeans and trainers we weren’t given the same warm welcome we had received elsewhere.

When we arrived last night, dressed more appropriately of course, they walked us though the main room, upstairs, through the secondary dining room and into a tiny annex room. Dissatisfied with the people watching potential, we asked if it was possible to be moved to a better table. Within seconds one of the managers was escorting us to a different table, but oddly via the fire escape stairs and through the kitchen. Jacob and I had differing views on this. Was it because he wanted to let us know that even though he was moving us, we must remember we are not part of the Southern elite? Or was it just to avoid making the other second class guests feel second class? It’s a mystery.

Our next table was still at the back in the corner but at least it was in the main room and there were most certainly some interesting people to watch.

We were just getting used to the new surroundings when one of our many waiters came to take our drink order. We had barely had time to tuck our chairs in let alone choose a drink. No decision needed to be made whilst thirsty though as every time we took a sip of water, our glasses were topped up, accompanied by a grandiose “Excuse me, Sir” or “Excuse me, m’am.” After a while they abandoned that technique and routinely replaced our two-thirds fill glasses with brand new ones, again from a silver tray.

We were asked another four times whether we had chosen drinks yet, by waiters swooping in like seagulls at two minute intervals. Four times we said “no, not yet.” On the fifth attempt, we were ready.

Commander’s Palace offers a three course special for around $40, depending on which main course you choose, which is what we opted for.

I started with the gumbo du jour, a chicken and mushroom soup. Two waitresses simultaneously placed two empty bowls down and swiftly filled them with soup from a tiny saucepan. It was officially a soup but in practice I’d say it was much more stew-like. I did enjoy it but it had an artificial flavour which may or may not have been from artificial flavouring.

As our soup bowls were taken away our mains arrived instantly, like a factory production line, allowing no time for a breather. The main was a local white fish, aka gulf fish, sitting under a blanket of potato rosti and on top of Swiss chard and root vegetables. I didn’t have any complaints.

Along with our desserts came something most strange. A man dressed in a suit, as oppose to the uniform of the other waiters, placed our Creole bread pudding souffles on the table along with a dish of whiskey sauce and, with great haste, stabbed my souffle to make a cavity for the sauce. As if that wasn’t bad enough, he then spooned more and more and more sauce in, far more than I would ever have wanted, each time using an overly pretentious flourish with his spoon to really rub in the fact that he had all the power over this souffle. I was shocked. To have my souffle pierced for me felt like I was being robbed of a rite of passage, and because of their incessant efficiency, it was all over before I had a chance to stop it. Would he like it if I took a spoon to his chocolate fondant and oozed it for him?! I think not.

I have no images for you on this occasion because I felt somewhat uncomfortable taking pictures in an environment where ladies powder their nose and men can’t take their jacket off.

The meal was pleasant. If it wasn’t so expensive, I would recommend visiting just for the amusement provided by the pretentiousness.

I thought the highlight of my recent trip to southern Spain would be my boyfriend’s proposal (I said yes). Then, after a life long search for a shower cap that gives full head coverage, I found a wonderful one in Malaga train station for a very reasonably price. I was wrong again. La candela, Trip Advisor’s 2nd best restaurant in Cadiz, won the contest.

Every table was occupied, and we were pleased to hear mostly Spanish being spoken, meaning that locals (who aren’t just excited about tapas because it’s tapas) rated it highly.

END_OF_DOCUMENT_TOKEN_TO_BE_REPLACED

There’s a fire, pizzas for £10 (or £5 if you go on a half price day), a piano which they let me play and it’s opposite the Thames. Need I say more?

Previously known as the Old Justice, the Winnicott reopened in September with a new name and having reverted to a more traditional local community pub. I’m told there is now cask real ale and a selection of locally brewed craft beers. It’s full of charm and cosiness.

There’s little I like more in life than audience participation and a strong theme. Beef & Brew ticks those boxes with individual cow gravy boats and a strong focus on meat.

END_OF_DOCUMENT_TOKEN_TO_BE_REPLACED 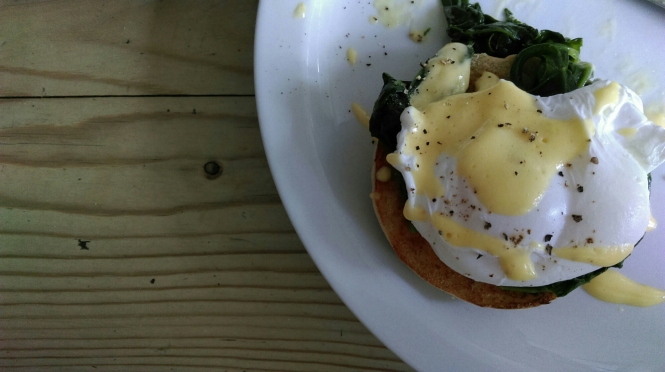 END_OF_DOCUMENT_TOKEN_TO_BE_REPLACED

“Sushi is fish in haute couture” according to the waiters at Sticks’n’Sushi. At least that’s the slogan on their uniforms. The Google definition of haute couture is “expensive, fashionable clothes produced by leading fashion houses.” Replace ‘clothes’ with ‘fish’ and you’ve got a pretty accurate description of Sticks’n’Sushi! END_OF_DOCUMENT_TOKEN_TO_BE_REPLACED

I once read that Giles Coren disagrees with serving bread before a meal. I don’t have a Times subscription so can’t read his review of Portland but I imagine he retracted that comment after trying Portland’s warm crusty bread served with ox heart butter. I didn’t know what to expect but suffice to say it will now be difficult, albeit more practical, to go back to butter that hasn’t been adorned with shavings of ox heart. 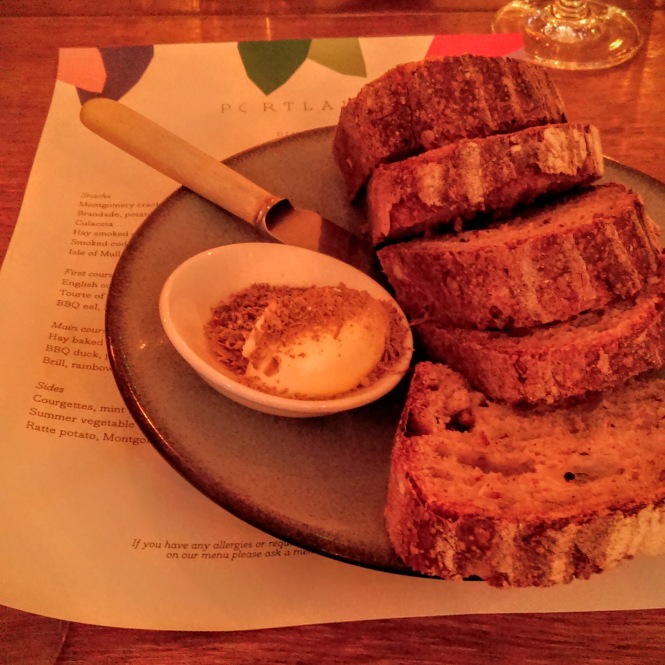 END_OF_DOCUMENT_TOKEN_TO_BE_REPLACED

My knowledge of Yorkshire went from nothing to ‘a little’ this weekend, having spent two days in Northallerton, a small town two and a half hours from London, famous for Betty’s tea house, proximity to the Yorkshire moors, and horse riding. My boyfriend and I were there for his friend’s wedding and stayed in a charming B&B called Woodlands Farm. END_OF_DOCUMENT_TOKEN_TO_BE_REPLACED

The chef behind the first meal I ever ate, my mother, was with me on this occasion. She is someone who will not eat in a restaurant if the occupied to empty table ratio is below 50%, nor if the lighting isn’t good, if it’s too expensive, or if she just doesn’t like the look of it. She heartily approved, so that’s already saying something. END_OF_DOCUMENT_TOKEN_TO_BE_REPLACED